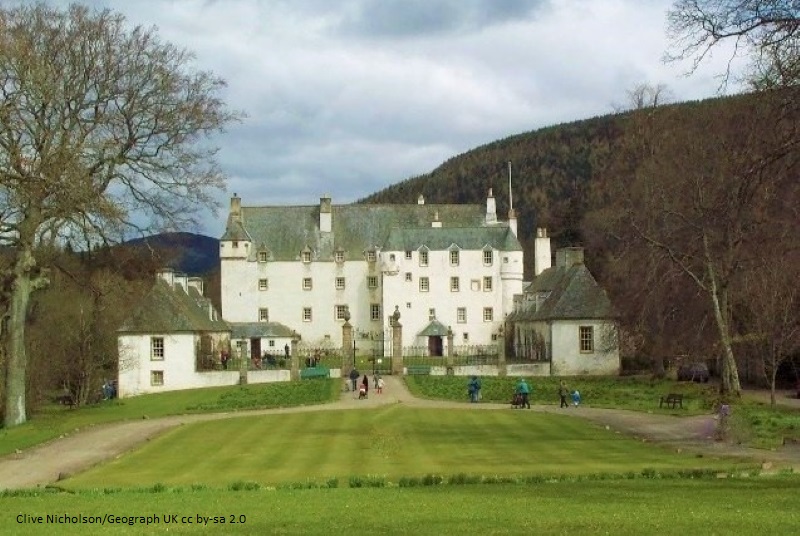 Originally a hunting lodge for the kings and queens of Scotland, Traquair House is located in the Scottish Borders Region near Innerleithen not far from the border with England. It is a fifteen minute drive from Peebles and just over an hour from Edinburgh and is Scotland’s oldest continuously inhabited house.

For nearly a thousand years Traquair House has been home and playground to the nobility of Scotland. It was a refuge for Catholic priests in times of persecution and the Stuarts of Traquair supported Mary, Queen of Scots and the Jacobite cause without thought of themselves – and they were fined and imprisoned for their beliefs. It is also unique in Scotland as being the only house which has caused a river to be moved! In the early 1600s Traquair House was in danger of being undercut by the River Tweed so the Lord of Traquair changed its course. The Tweed now runs further north than it originally did.

There has been a house of some description at Traquair since at least 1107 but the impressive-looking building now occupying the site was built as a fortified mansion house. The current Laird of Traquair is Catherine Maxwell Stuart, 21st Lady of Traquair and the house is now run as a unique venue for weddings, corporate and other events, private dining and vacation stays. Added to and extended throughout the centuries the house is a fascinating historical archive and an unforgettable tourist destination for anyone visiting the area. 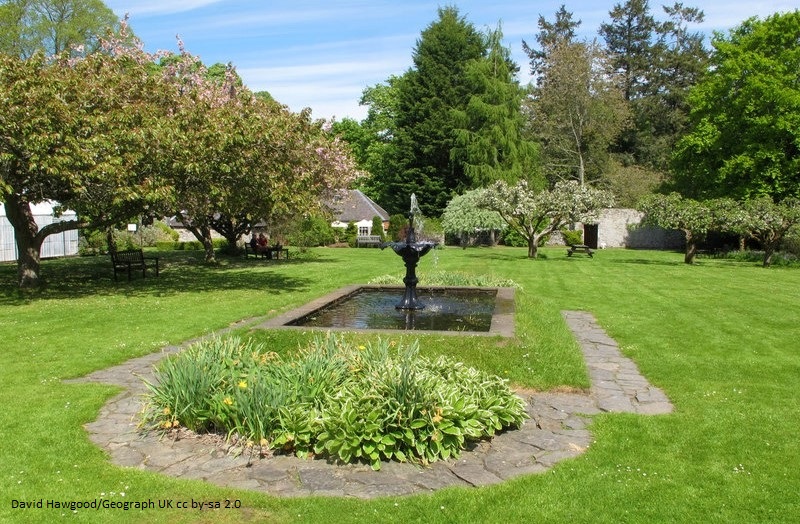 As you enter the house you will find a stone spiral staircase giving access to the drawing room, the bedrooms, the library and a small museum and as you ascend the spiral staircase keep in mind that you are following in the footsteps of the kings of Scotland and the cream of Scottish nobility.

Visitors can take a tour through rooms each of which adds an individual touch to the atmosphere of the house. Everywhere are portraits, embroideries, paintings, old prints, maps and relics illustrating the history of the house. The ground floor gives access to vaulted cellars and the still room which houses a fine collection of china.

When you have completed your tour of the house you might turn your attention to the extensive grounds within which you will find the half-acre maze, the craft workshops, the 1745 Cottage Restaurant (in the walled garden) and the Traquair House Brewery which produces the world-famous Traquair House Ales – well worth a taste if you are a connoisseur of traditional ales! The gift shop has a selection of Traquair ales as well as a range of other typical tourist-type gifts and souvenirs. 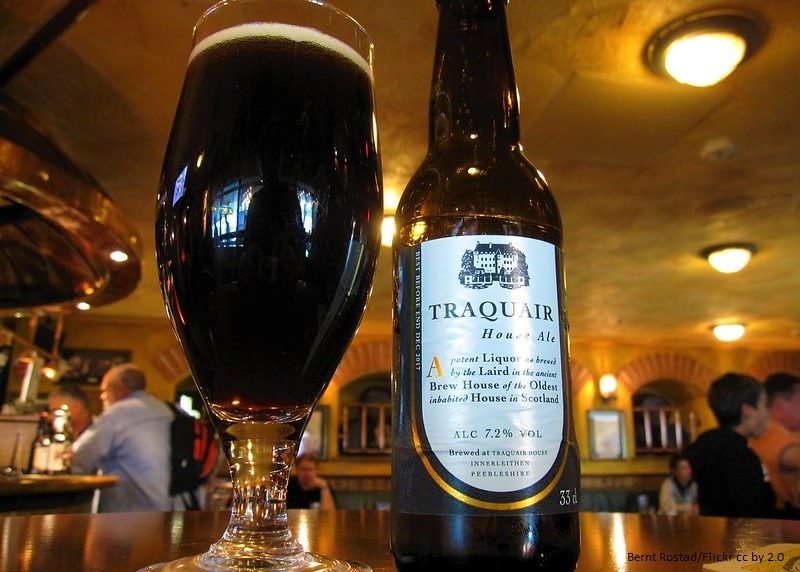 Traquair House is also a place for a truly unique and romantic wedding! It has its own chapel and is licenced for both religious and civil ceremonies offering a choice for couples of being married in the House itself or in certain parts of the extensive grounds. After the ceremony a small reception can be held in the main house; and larger events, complete with a marquee, can be held in the gardens.

Traquair House has an interesting historical connection with the United States of America. In 1770 Lady Christina Stuart, eldest daughter of 6th Earl of Traquair, married a young Virginian, Cyrus Griffin, who was studying law at Edinburgh University. In 1773 the couple left for America where Cyrus was to become one of the Founding Fathers.

Traquair House offers bed-and-breakfast accommodation in the main building in one of three sumptuous bedrooms – the Blue Room (overlooking Cupid’s Garden), the Pink Room (overlooking the maze) and the White Room (with a view of the Bear Gates). All of these double bedrooms are furnished with antique furniture and canopied beds and have luxury private bathrooms. 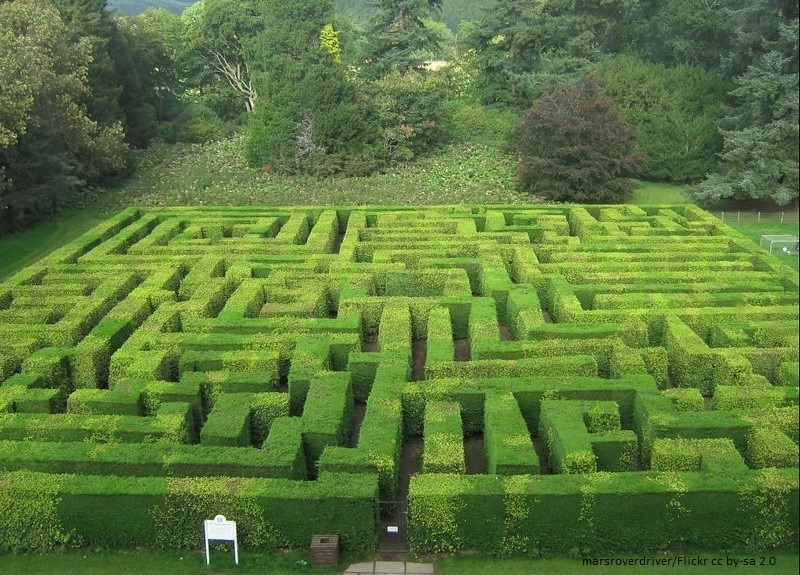 The Traquair Estate also offers self-catering accommodation for family groups in the nearby Howford House. This Georgian-style country house has nine bedrooms and five bathrooms and is just a 10-minute walk from Traquair House. Recently renovated and furnished in an antique style and complete with its own tennis court this house offers a luxury stay for larger groups.

If you time your visit to coincide with the Traquair Medieval Fayre (Scotland’s only authentic medieval fayre) which takes place on the last weekend in May or the Autumn Fayre, held on the first weekend in August, you will be sure of an entertaining stay.

No vacation trip to the Scottish borders is complete without at least a short visit to Traquair House and who knows, perhaps you will decide to stay a night or two and add your name to the long list of those who have stayed in Scotland’s oldest continuously inhabited house!

TAKE A LOOK INSIDE TRAQUAIR HOUSE – in a video with the current Laird of Traquair – Catherine Maxwell Stuart, 21st Lady of Traquair.