In a dramatic location on the north coast of Scotland, near the small town of Durness you will find Smoo Cave. Lying just off the North Coast 500, that picturesque touring route which is becoming ever-more popular with visitors to Scotland, Smoo Cave is one of the many spectacular sights Scotland has to offer. An unusual combination of sea cave and freshwater cave – partially carved by the sea and partially carved by the Allt (river) Smoo, the name is thought to come from an old Norse word which meant a hiding place. 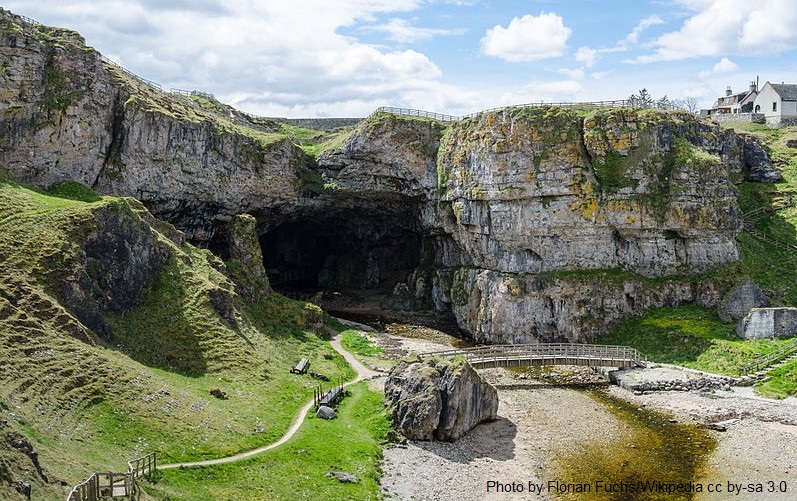 It is the largest sea cave entrance in Britain and the sea approach to the cave is quite breathtaking. The cave entrance and main chamber have been considerably enlarged by sea action to nearly 130 feet wide and 50 feet high and the entrance is located at the end of a nearly 700 yards long tidal gorge (Geodha Smoo) which, before that section of the roof collapsed, was once part of the cave. If the weather is clear (not always guaranteed in Scotland!) then following the path above the gorge is well worth the effort for the view it gives down its length.

The cave consists of three chambers and you are free to explore the first two by yourself by means of a wooden walkway but the third chamber is generally inaccessible. Don’t worry about the tides. Over time the cave has undergone a certain amount of uplift and today it is only at the highest of spring tides that the sea encroaches into the entrance. Unfortunately, access to the cave can be problematic. There is a steep path from the car park on the A838 which leads down to a bridge over the Allt Smoo and thence to the cave entrance. 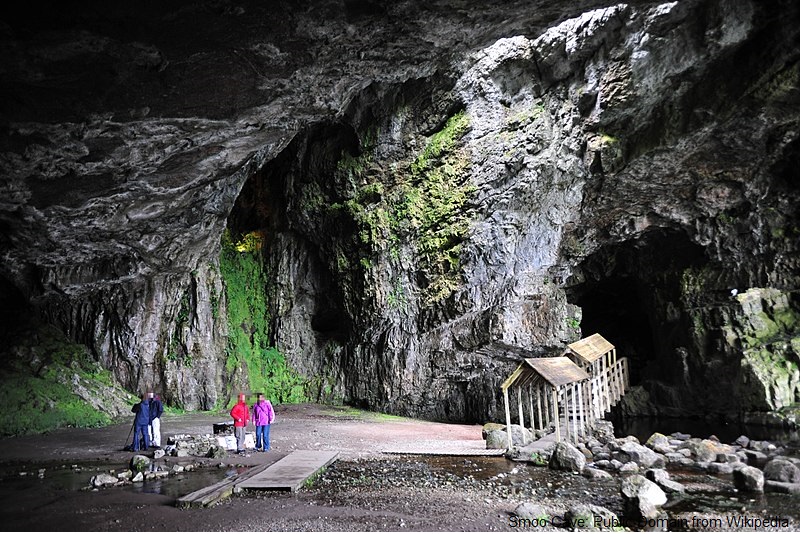 Occupation Back To Mesolithic Age

So what will you see inside Smoo Cave? The first chamber is impressive – 200 feet long, 130 feet wide and about 50 feet high at the entrance. This chamber was formed by the sea. Archaeological investigations have unearthed Neolithic, Norse and Iron Age artifacts here. It is believed that human occupation of the cave extends back to the Mesolithic age and, given its size, it’s easy to imagine that a fair-sized community could have made its home here. 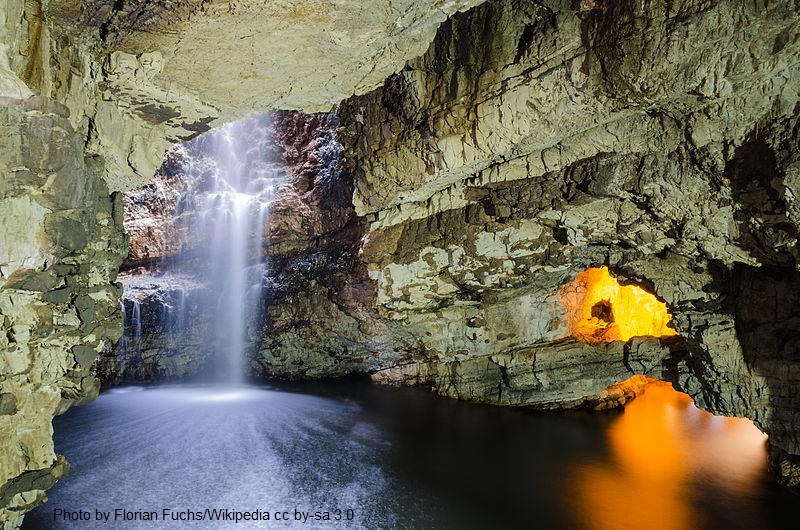 From the first chamber a walkway leads to the second chamber where you find the 60-foot waterfall of the Allt Smoo dropping into the cave through its sinkhole with a gushing roar – really spectacular after rain! This is as far as most visitors can go but, during the summer months when the water level is low enough, it is possible to take a boat tour to the third chamber which includes a short walk and an interesting talk on the geology of the cave. Both the second and third chambers were carved by the action of the Allt Smoo.

Near the car park a wooden bridge has been built across the Allt Smoo at the point where it drops into the sinkhole giving a safe view of this most impressive feature. There are many stories of the cave being a smugglers’ hideaway or the location of an illicit still or even the dumping ground for murder victims some of whom were (allegedly) dropped down the sinkhole of the river to be washed out to sea. There are also tales of the supernatural – ghosts, ghouls and devils have been, at various times, said to inhabit the cave. It has even been claimed that the cave is an entrance to hell and, on dark and stormy evenings when the river is roaring at its loudest and the waterfall is foaming and surging at its most violent, one could well believe it!

No tour of northern Scotland can be said to be complete without a visit to Smoo Cave. In fact, for anyone travelling the North Coast 500 it’s practically mandatory!