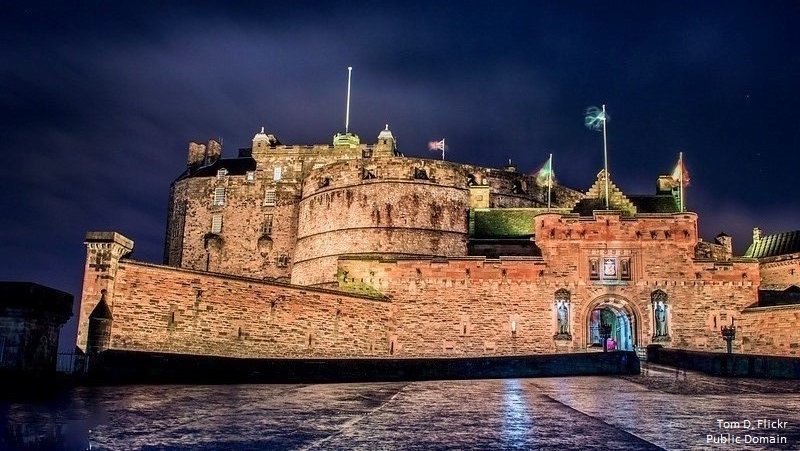 Amongst the many sights and experiences Edinburgh has to offer its visitors Edinburgh Castle is surely the crowning glory. This magnificent edifice perches nearly 300 feet above the city on the ancient volcanic plug of Castle Rock, an extinct volcano which dominates Scotland’s capital and makes the castle visible for many miles away.

Because of its strategic position Castle Rock has been occupied since 900bc and, when the Romans first came this way in about AD80, they found that the local Votadini people had the well-established fort of ‘Din Eidyn’ looking balefully down at them – and the Romans wisely left it alone! 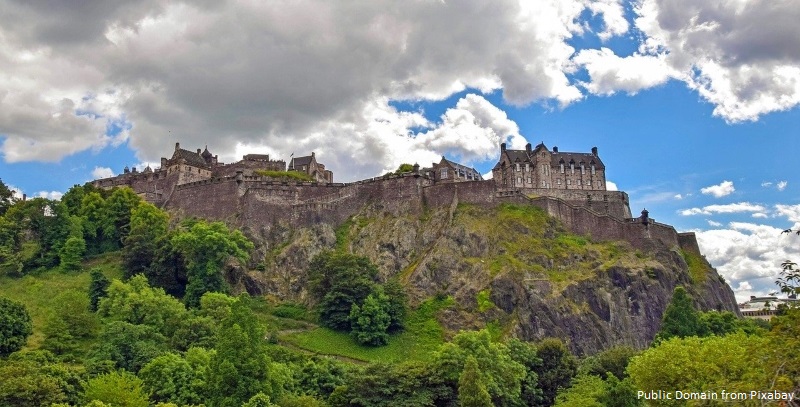 Since then the castle has been rebuilt, expanded, fortified and altered. It has been bombarded, besieged, captured and recaptured (it is the most besieged castle in Britain). It has been a fortress, a barracks, a prison, a hospital, a royal residence, a museum and a treasury.

The Crown Jewels of Scotland, known as ‘The Honours of Scotland’ (the oldest crown jewels in the UK) are housed in the castle and are made from gold that was mined in Scotland. The Stone of Destiny, sitting upon which monarchs of both Scotland and England have been crowned for centuries is also there.

Within its walls is the oldest building in Edinburgh – St Margaret’s Chapel – which still hosts weddings and christenings to this day. Every day at one o’clock precisely (excepting Sundays, Good Friday and Christmas Day) a cannon is fired from the Mills Mount Battery – originally a time signal for ships in the River Forth but nowadays just one of the many traditions associated with the castle.

Still a military garrison, Edinburgh Castle is now a world-famous visitor attraction and an iconic part of the Old and New Towns of Edinburgh World Heritage Site. It houses Scotland’s National War Museum and, of course, it is host to the Royal Edinburgh Military Tattoo, that magnificent spectacle of military skill which takes place every August on the castle Esplanade. The first tattoo took place in 1949 and attracted about 100,000 spectators in total. The last time the tattoo was held was 2019 (the 2020 event was cancelled due to the Covid-19 pandemic) when 220,000 people watched the various live events and many, many more watched it on television. The 2021 event is expected to happen as normal. 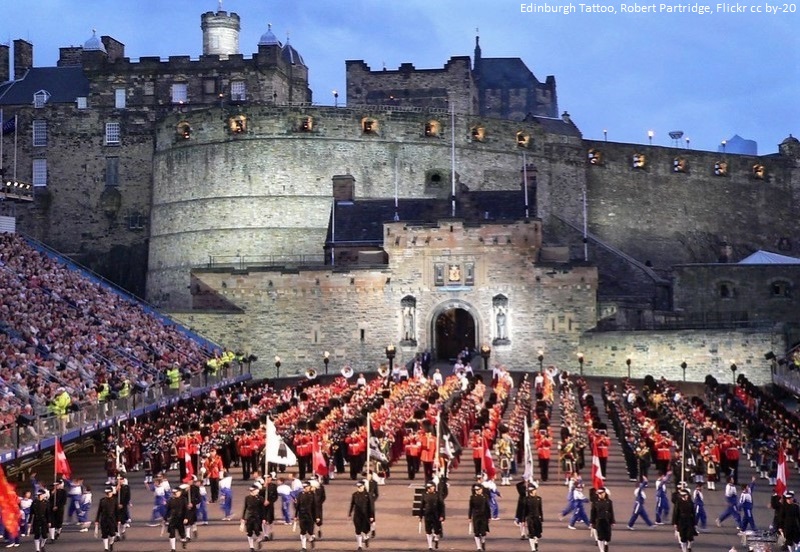 Edinburgh Castle is a large and complex place and it houses so much of interest: the Lang Stairs, The Portcullis Gate, The Half Moon Battery, The Argyll Battery, The Mills Mount Battery, the huge cannon of Mons Meg, The Great Hall, The Argyll Tower, Foog’s Gate, the Castle Vaults and the two small museums of the Royal Scots Regiment and the Royal Scots Dragoon Guards. A full day is needed to do this place justice!

As you wander through the castle keep in mind that you are treading in the footsteps of kings and queens, princes and princesses, rebels and saints, writers and poets, and rogues (including the architect who restored the Great Hall – and then refused to hand over the keys!). 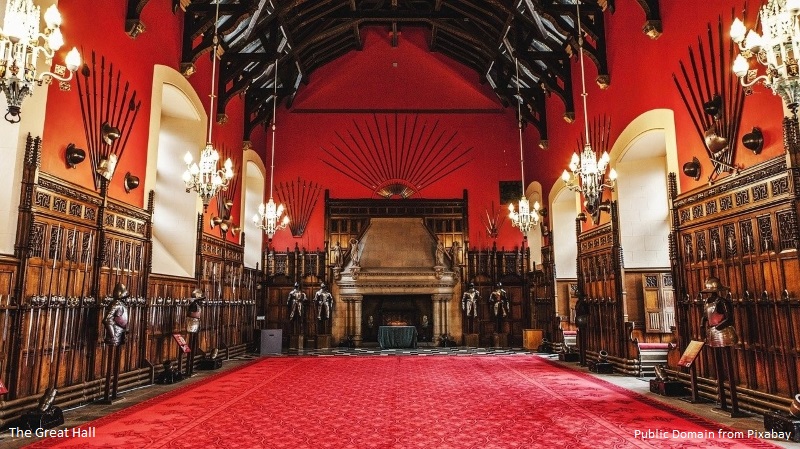 Edinburgh Castle offers guided tours by castle stewards or you may choose to follow the audio guide at your own pace. Whichever you choose you can’t fail to be impressed – witnessing or indeed being a central character in much of Scotland’s history it could be said that, in many ways, the history of the castle is the history of Scotland.