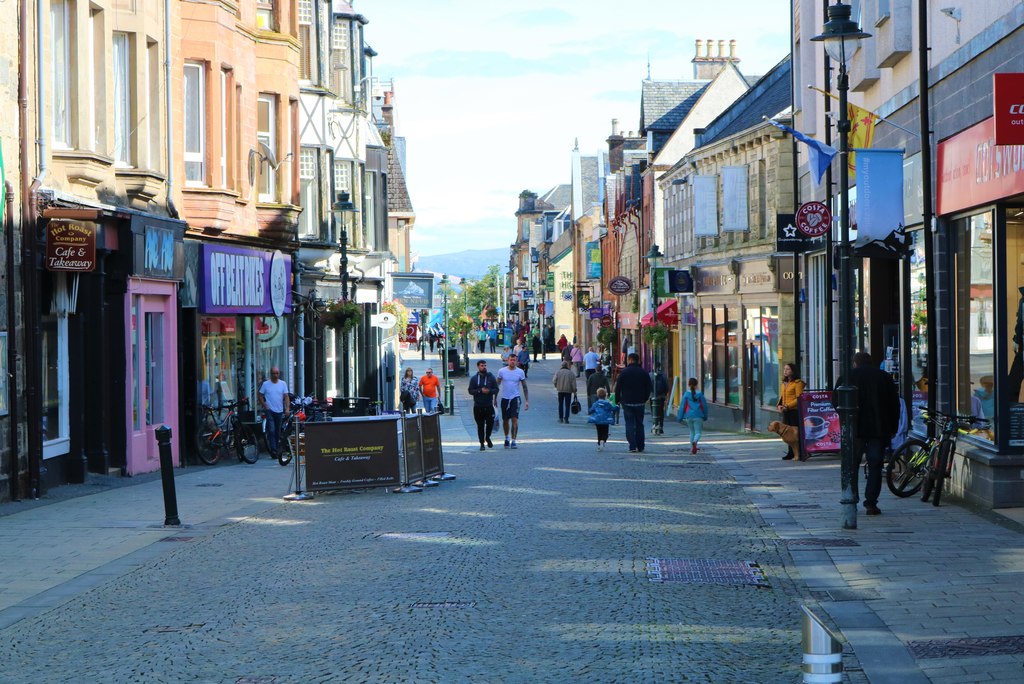 Located at the western end of the Great Glen at the head of Loch Linnhe Fort William is often known as ‘The Outdoor Capital of Scotland’ because of its excellent position as a base for outdoor activities. With a population of about 11,000 this highland town is never quiet! Summer or winter thousands of tourists arrive in the area, many of them seeking adventure on the hills and mountains which surround the town. 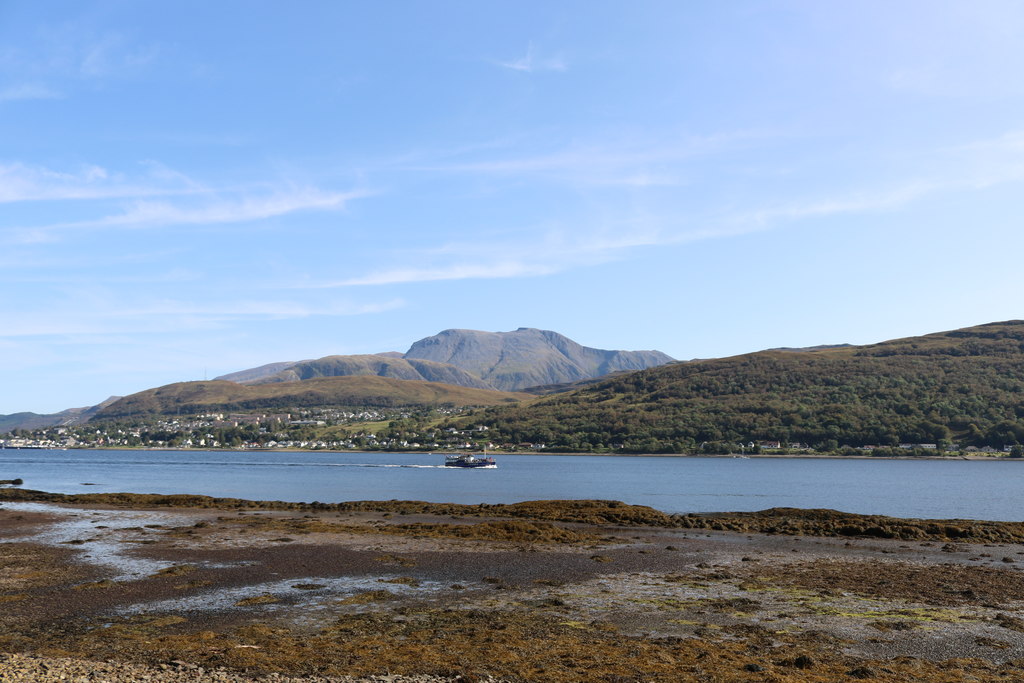 And what a collection of fine mountains there are! Ben Nevis (4413 ft/1345 m), the UK’s highest mountain, towers over the town – so close in fact that to get a decent view of it one has to travel a couple of miles outside of the town!

About two miles east of Fort William is Aonach Mòr (4006 ft/1221 m) where you will find the Nevis Range ski area which is well worth of visit even if you don’t ski since there is a gondola lift which operates all year round and is the easiest way to ascend the mountain. 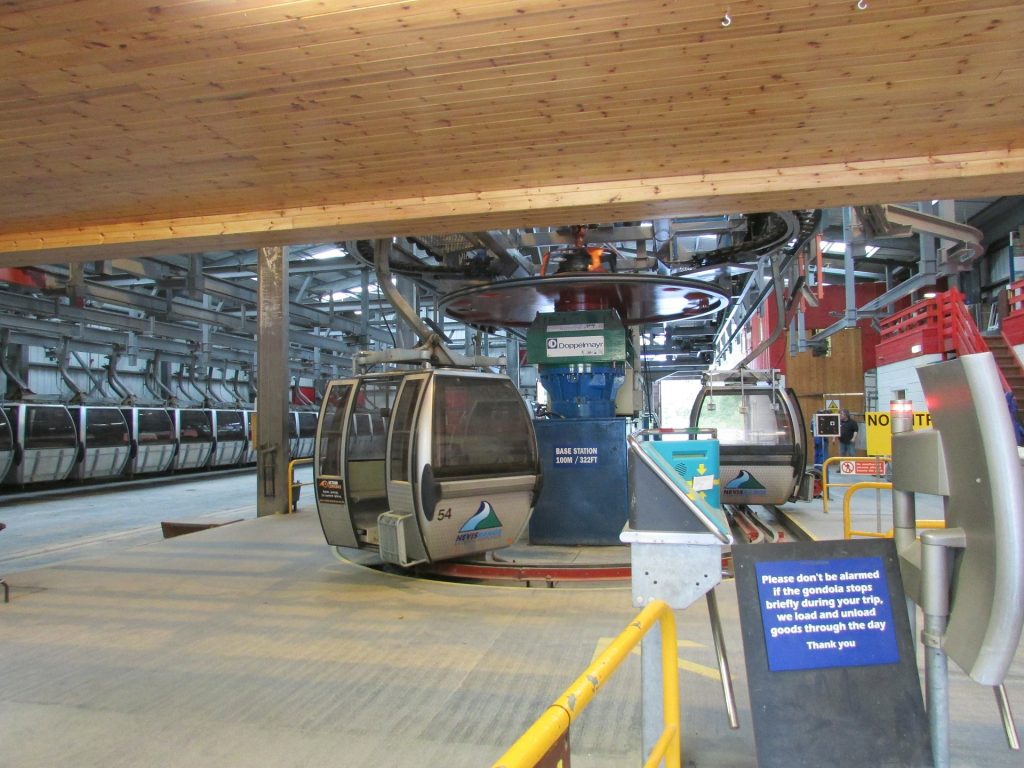 Both of these mountains (and many others in the area) are known as ‘Munros’ – a term which is used to describe mountains in Scotland which are over 3000 ft/914 m. Ben Nevis has an abandoned weather observatory on its summit and the observations taken there in bygone days were important for our understanding of Scottish mountain weather and Aonach Mòr has played host to The Mountain Bike World Cup for several years in a row. Climbing the Munros is almost a national sport in Scotland and, since there are 282 of them there are plenty to choose from. 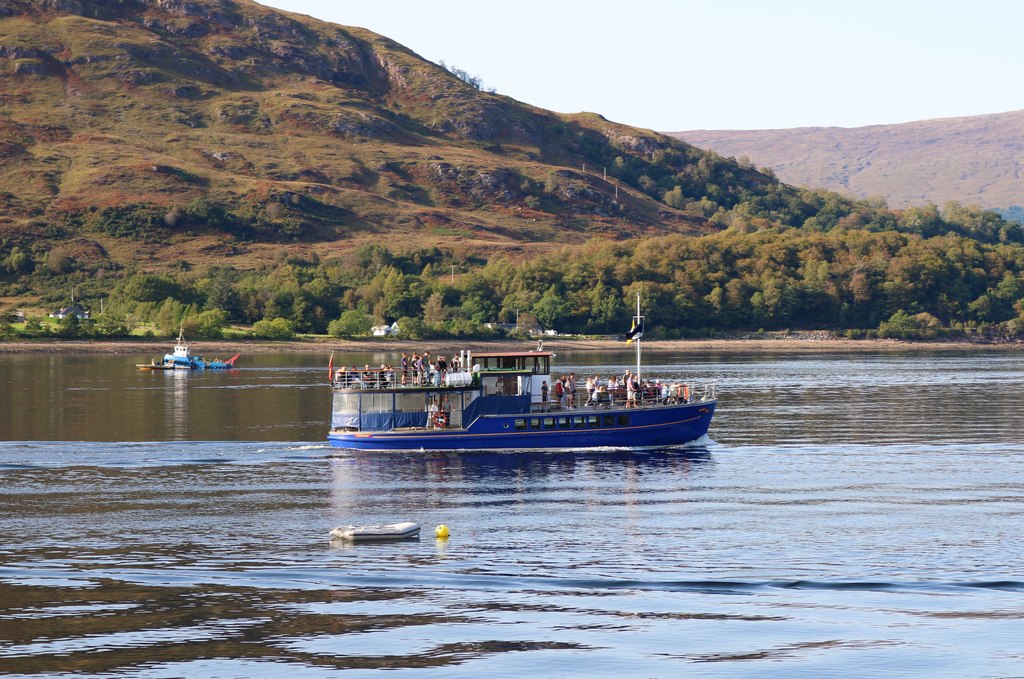 There are many adventures to be had in the great outdoors in the area from hillwalking to rock climbing, ice climbing, kayaking, wildlife spotting (on land and sea), fishing, diving, off-road driving and motorcycling, boat hire and more and all of these can be indulged in by yourself (provided you have the necessary equipment and expertise of course) or under the supervision of one of the various guided tours available in the area.

Fort William is also one end of two well-known long-distance walking routes – the West Highland Way, a 95-mile long route which has its other end in the town of Milngavie, near Glasgow, and the Great Glen Way, a 78-mile long walking/cycling route whose other end is the city of Inverness, on the east coast of Scotland. Many hundreds of people travel one or other of these routes every year.

For those whose interests don’t lean towards outdoor activities Fort William still has much to offer. The gaelic name for Fort William is An Gearasdan which means ‘The Fort’ and many local people still refer to it by that name today and the remains of the original fort are still worth a visit. This was built by the English in an attempt to pacify the clans during the turbulent period of the various Jacobite rebellions which culminated in the Scottish army’s defeat at Culloden in 1746. In the town’s High Street the West Highland Museum is a great place to go to find out more of the history of the town and surrounding area.

Scotland’s ‘national drink’ and its most famous export, whisky, is represented in the town by the Ben Nevis distillery and no visit to the area would be complete without a tour of the distillery followed by a visit to the distillery shop and a tasting of the product itself, whose gaelic name is uisge beatha – the ‘water of life’. The huge water pipes which supply the distillery with pure, clean, highland water, can be seen running down the side of Ben Nevis. There are many pubs and hotels in the town and surrounding area which will supply visitors with a good variety of Scotch whiskies – so don’t be shy, sample a few! 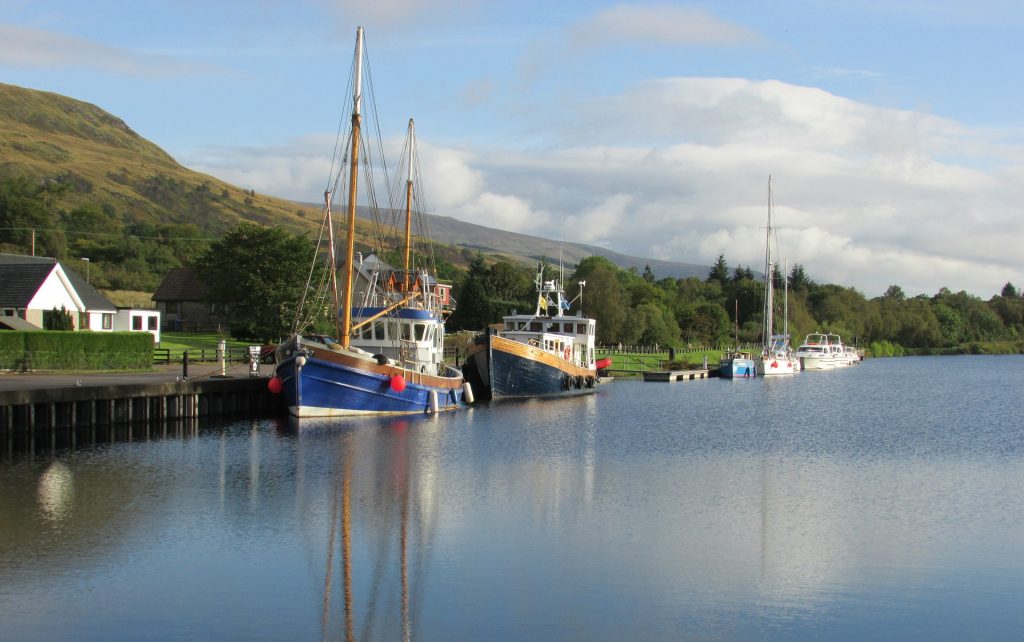 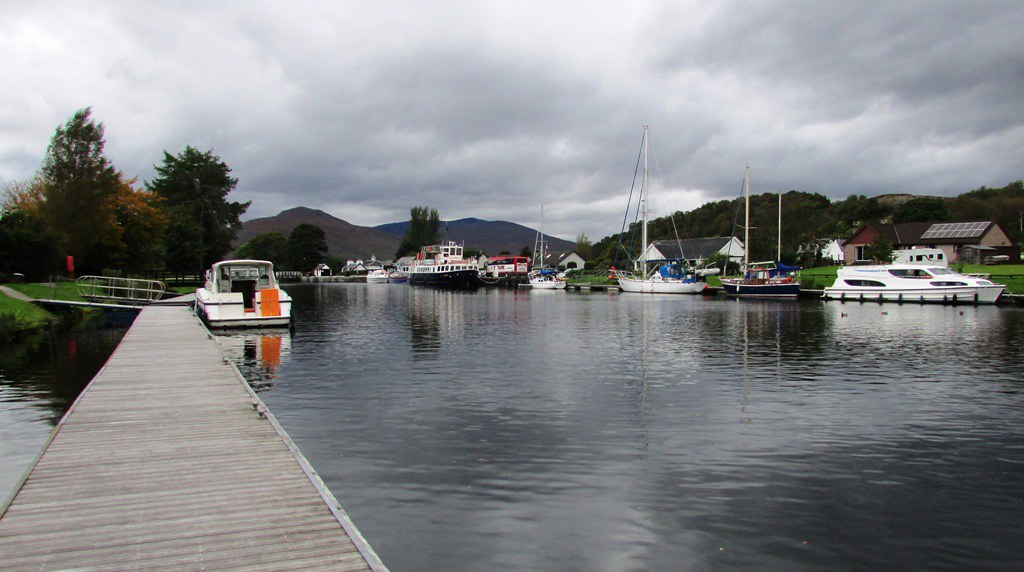 Fort William lies at the western end of the Great Glen, a huge gash in the land running between Inverness on the east coast and the town of Corpach, close to Fort William, in the west. Within this gigantic trench lies the Caledonian Canal – a fully-navigable series of lochs and connecting channels which offer an easy way for small boats to pass from the north sea to the sea loch of Loch Linnhe and thence into the Atlantic Ocean. It is possible to hire a small cruiser and sail up and down the Caledonian Canal. There are several locks to negotiate along the length of the canal but none are difficult and the lock-keepers are on hand to help. 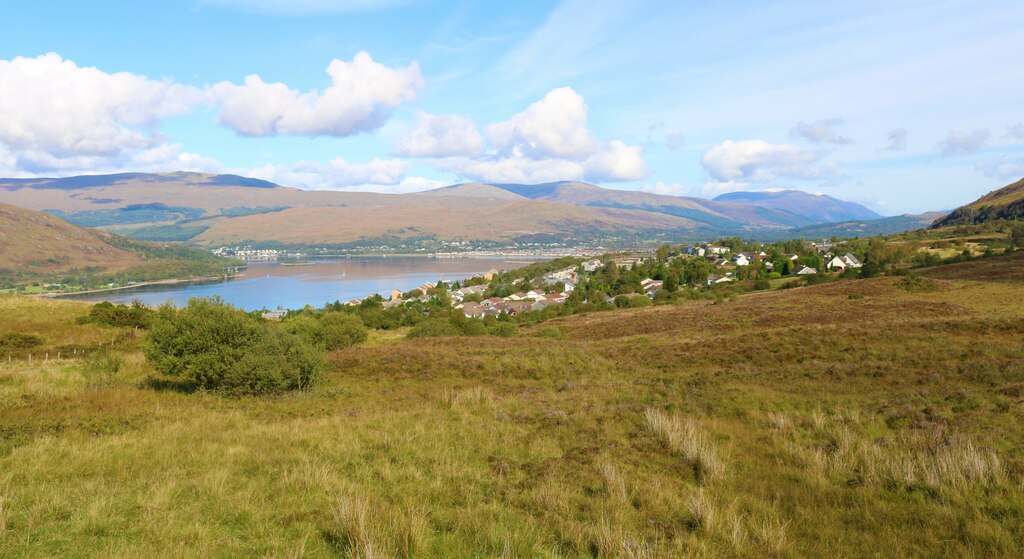 The surrounding area offers spectacular views of mountains, lochs and rivers as well as some fascinating history and, if you chose wisely, you will be treated to the finest Scottish cuisine available in one of the several former castles (yes, that’s right, castles) which dot the area and are now hotels. Some of them take a little trouble to find but a visit to Fort William and the surrounding area will reward you with sights and experiences (and tastes) which will live in your memory for a long time.

Want to know more? Then take a look at these websites:

Fort William is also the starting point for Britain’s only scheduled steam train, The Jacobite, which runs along the West Highland Line to the port of Mallaig from where a ferry can be had to Eilean a’ Cheò, the Misty Isle, better known as the Isle of Skye. This luxurious train passes over the Glenfinnan viaduct, a spectacular 21-span curved viaduct near the head of Loch Shiel which will be familiar to any ‘Harry Potter’ fan. This 41-mile heritage train journey is not to be missed but book early – understandably, it’s very popular!